All the metaphors of Asheville remain blurred…

We took a respite from the muggy Florida heat last week and spent some time in and around Asheville, NC. It was rather cold for a native Floridian up there, even in June. And it was wonderful! 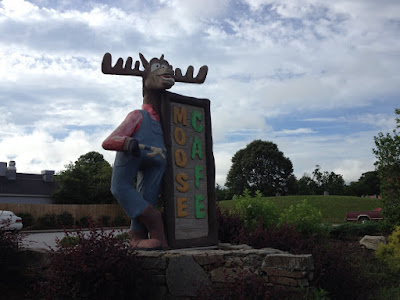 We ate at The Moose Cafe on our first morning there. It’s become a tradition to eat breakfast there whenever we visit. They have huge, buttery biscuits with their homemade apple butter. Excellent stuff. And I like to get scrapple, aka liver mush. A rare treat. 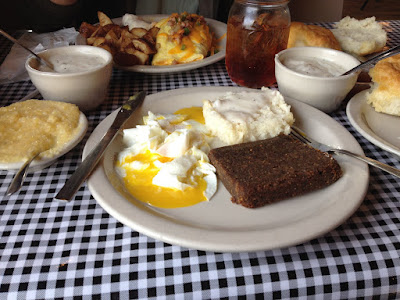 We rode the Blue Ridge Parkway southwest of Asheville that first day.

I saw a snail. 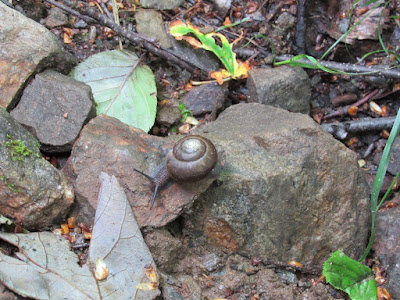 The next day we went north on the parkway. We hiked a trail at the visitor’s center where we came across this vine wrapped around a tree branch. The branch had broken off, but the vine still held on. 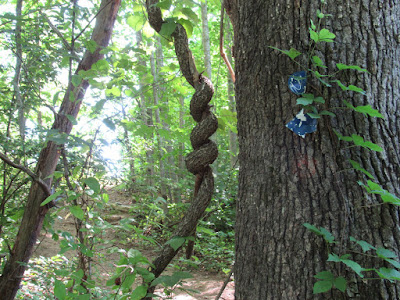 That’s got to mean something, right? It’s a metaphor. But, of what?

We explored a popular park where all the stone picnic tables were covered with moss. 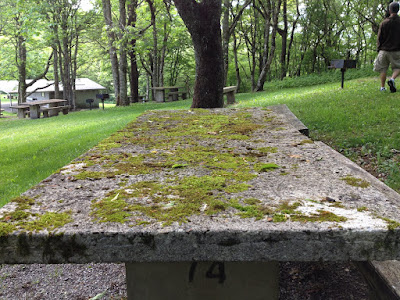 Later, we stopped for lunch in Little Switzerland. I had a chicken salad sandwich and kettle chips. Hubs deemed the chicken salad frou frou, because it had apples and other stuff in it. 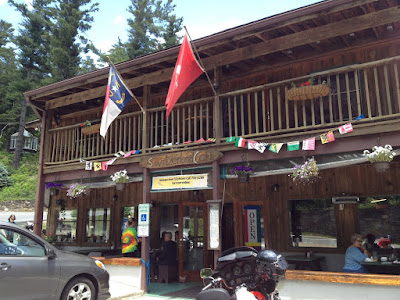 Then we went to Linville Falls. Just through the entrance, at the beginning of the trail, I saw what I thought was a big red berry on a tree at the river’s edge. It turned out to be a fishing lure. 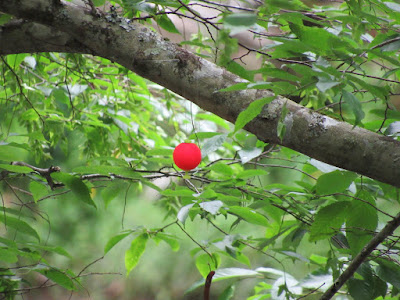 Here’s a picture of some of the falls. It makes no sense not to show a picture even though it’s not a very good one. 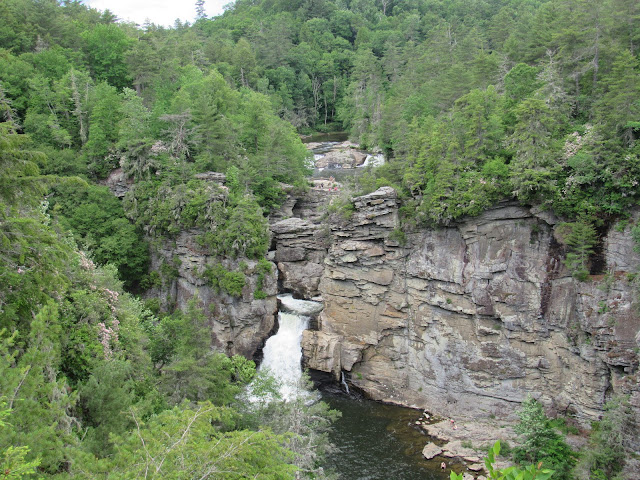 The next day, we visited Beaver Lake in north Asheville to look at birds. It was lovely. There were water lilies blooming on the lake. 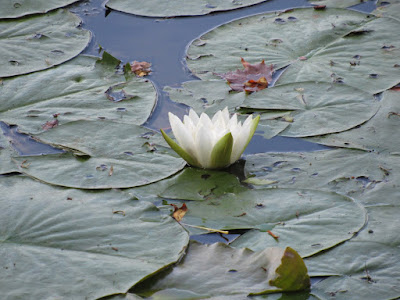 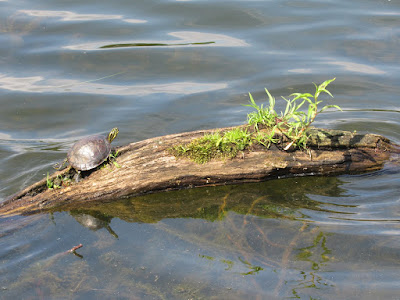 And plenty of birds. 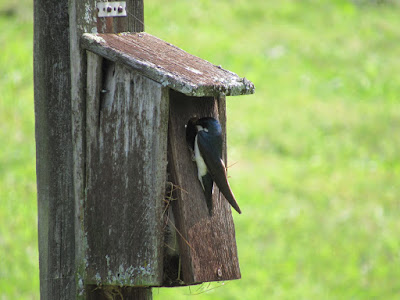 Then it was off to the Biltmore Estate. 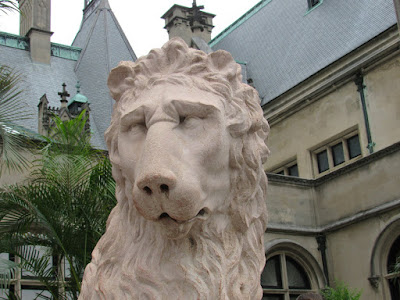 We explored the grounds and gardens, mostly. On our way to the Bass Pond, we saw a couple coming down a road clearly marked “no guests beyond this point.” We gloated over our superior rule abiding skills. At one point, we took a trail into a meadow, then back down and around the lake and up a road. We got a wonderful view of the house from up there. 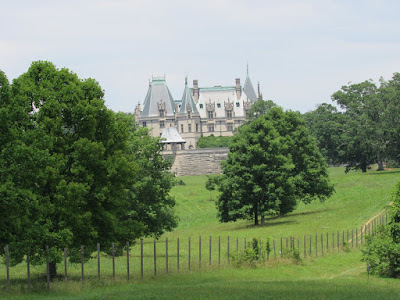 As we continued on that road, we came to a spot that made us think we weren’t supposed to be there, so we wandered back down, searching for the proper trail. And what do you know? We ended up coming down the very road on which we saw that other couple breaking the rules.

Had to get a picture. 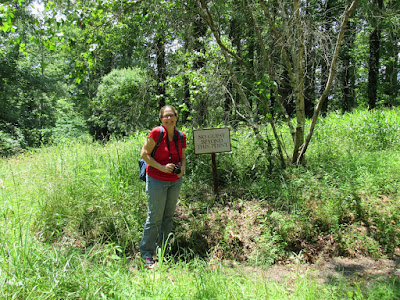 But I’m glad we did that because I got to take a very cool picture of the bamboo. 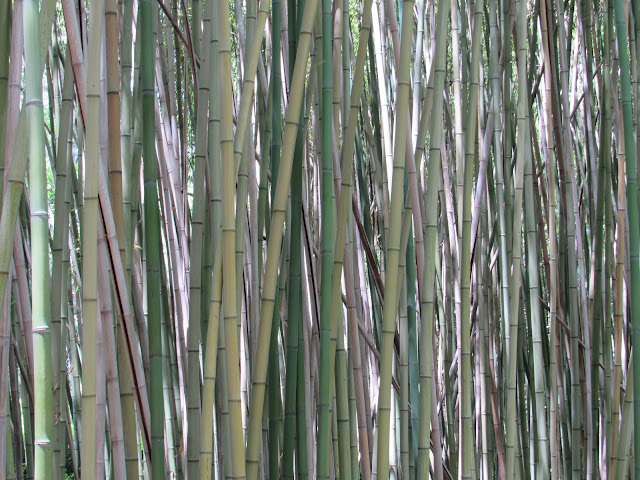 We didn’t get pictures of us hanging on it like the other people did, so we’re still better at rule abiding than they are. And that’s what really counts.

There was a chipmunk. 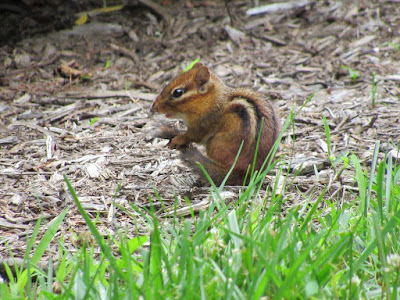 On our way back to the house, we heard singing, and when we took the steps up out of the garden area, we saw a large group of young people all wearing the same shirt. I figured they were part of a school chorus.

On our last day, we visited Chimney Rock and Lake Lure. Naturally, at Chimney Rock, the elevator is not working. To get to the level where the actual rock is, you have to climb a bazillion stairs. But I managed. I am happy to say I was also able to climb the Exclamation Point Trail even though I haven’t been exercising and am way out of shape. It wasn’t easy, but I did it. And then we took the Hickory Nut Falls trail to the falls.

When we climbed up onto the actual rock itself, there was a group of young people there, all wearing the same shirt. And they sang The Star Spangled Banner for us. Right there on the rock under the huge American flag. It was wonderful. Too bad Donald Trump is our friggin’ president. Kind of ruined the whole patriotic thing, frankly. But anyway, I tried to read their shirts and I think they were members of the American Heritage Youth Chorus. I asked them if they were at the Biltmore Estate the day before and it was them! I can’t say what they think of Donald Trump. 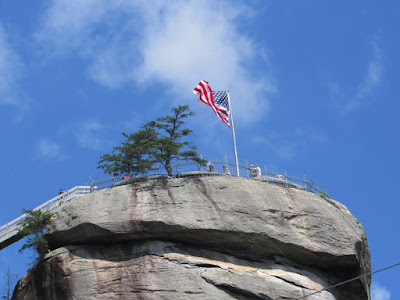 That’s the rock, there. Very American, isn’t it? A huge rock penis with a flag on it. Don’t believe me? Try this view: 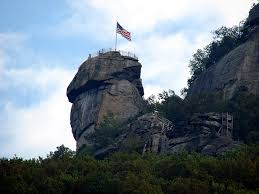 Okay, then, moving on. I saw a caterpillar. 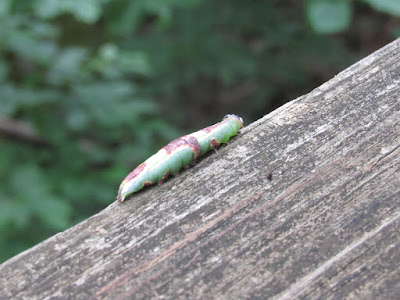 I don’t know what kind it is. But it doesn’t matter. In the gift shop there were some frighteningly weird…pots? 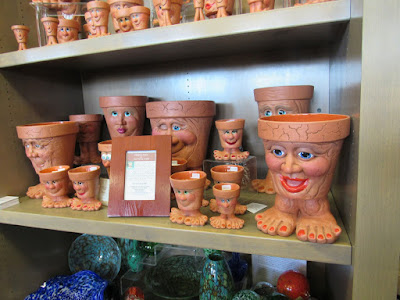 You have to wonder what the artist is trying to convey.

Down the mountain, in Chimney Rock Village and saw Big Foot. He’s covered with craw fish. I can’t imagine why. Is this another deep and poignant message? 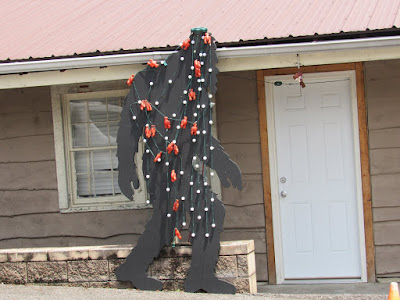 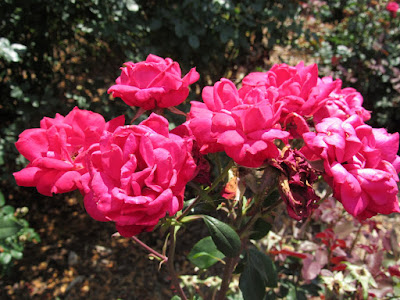 I saw a bunny rabbit. 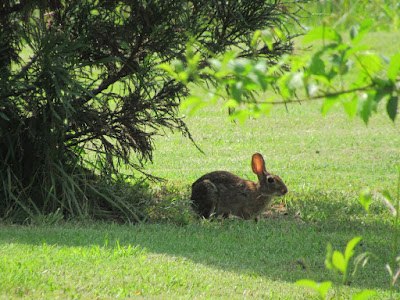 Any day you see a bunny is a good day, don’t you think?

Before we left, I took some pictures at the hotel. Out back, there was a fence with barbed wire on it. It was hard to see what it was protecting… Cars, I think. But I really liked the way the barbed wire looked. 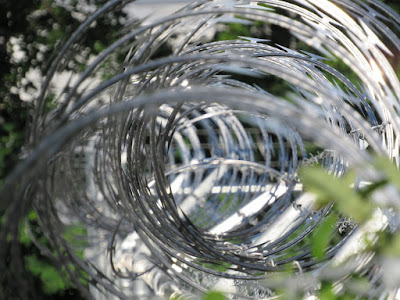 This is definitely a metaphor. A symbol. A warning. Sharp. Poignant. 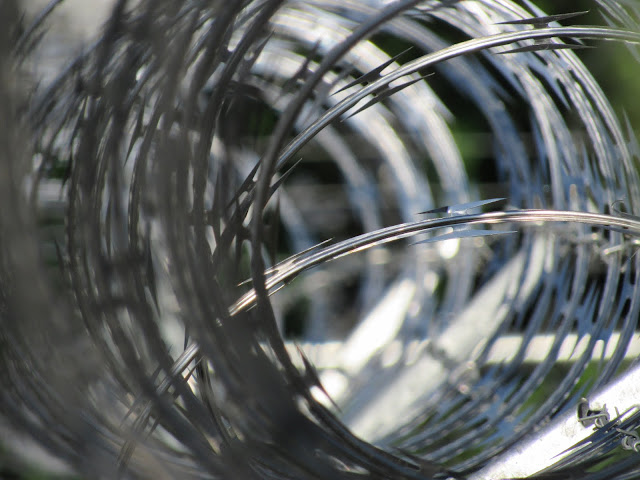 I’ll post an album of textures and other cool shots that I found on this trip as soon as I can, hopefully right after this post. An example of textures is the picture of the bamboo above. I love stuff like that.

We had a really good time and got some great pictures of birds. You can view Our Big Year blog by clicking on it.

That was our trip to Asheville. I wonder what it all means. And will I ever know for sure?