The self-pubbers guide to changing your mind (and Yetis)…

Okay, first–I don’t really like that word. Self-pubber. I don’t even like self-published. It’s an old term from days recently past when corporate publishers held all the cards and self-publishing your book meant going to a printer and getting a garage filled with boxes of your books.

These days, we’re all publishers. Some of us even have our own imprints. Some of us look at this gig as a professional undertaking. And I, for one, have no problem sharing the field with people who don’t take it all that seriously.

I don’t have a problem with sloppy covers, stilted prose, typos, bad grammar, and poor formatting. I just don’t care. It’s none of my business how much or how little you care about those things. Hold up a moment.

It would appear that I’ve gone off on a tangential rant. Back to business…

Here’s the thing. I went to the Florida Writer’s Association conference last weekend and had a BLAST! (You know it was great if I’m using all caps.) And I feel another tangent coming on. I have to say it:

Always Magnolia took First Place in the women’s fiction category of the Royal Palm Literary Awards on Saturday night. Woot and all that. It was also the third highest scoring published book-length entry (tied with two others). So, yay me. 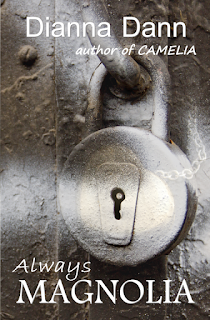 I have to say, I was glad that they did the whole top five scores published and unpublished, because Always Magnolia, as it turned out, was the only women’s fiction title to make the finals. It was good to know that I didn’t just skim by the minimum score required to be a finalist and win by default.

And Wayward Cat Finds a Home was First Place in the children’s chapter book category. Yay me again! 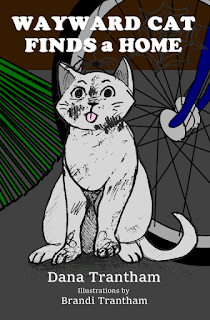 I suppose I had gotten to a point some time ago when I felt like I didn’t need to spend the money on conferences anymore. I felt like I had it all down, you know? I know everything I need to know, now I just need to practice it. But I got quite a lot out of this conference. Some of it was stuff I already knew, but clearly needed to hear again…to focus on again.

And I had a wonderful AHA! moment. That AHA! moment has led me to a very big decision.

I’m going to take Story Runners: Awakening out of print some time in the near future. 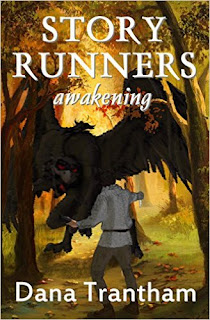 Why? Because the title is wrong. And the beginning is wrong. And there isn’t enough oomph in the book to start a series. The first book in a series has got to be special. It’s akin to the first chapter of a book. It’s got to grab the reader and make her want more. I honestly don’t think I did well enough with this book. There are some very good reasons that I failed and I understand them. So, I think I can go back in and fix it…do a better job.

And that’s where this whole thing gets fantastic.

I can do that!

I can take my book out of print, change the title, rewrite it, and put it out again. Just like that. Easy peasy. Because it’s all mine. I own every bit of it. I don’t have to beg anyone to do it. I don’t have to suffer through a bad book because I don’t have any rights to it, or any control over it.

I think the biggest thing I’ve learned from this is that, I can fail. It’s okay to fail. It’s not the end of a career if one of my books tanks, or if it’s done all wrong. It’s just a matter of making things right.

The big question I had about it, though, was, how to do it. Turns out, it’s not that difficult. Simply unpublish the book from all of your distributors. Do what you have to do with it. Make it very clear, both in the front matter of the book, and on the book’s new pages, that it was formerly published under that other title. Use a new ISBN. (And if you purchased your own from Bowker, list the previous title as ‘out of print’ there.) And voila. You’ve got the old book, revised or not, under a new title.

Do you have to use a new ISBN when you change the cover of your book? No.

Do you have to use a new ISBN when you change the title of your book? Yes. Absolutely. Even if the cover is, in all other aspects, the same.

I’m not sure when I’ll be taking Story Runners out of print. So, if you want to read it the way it is, by all means, get it soon. And, if you have any suggestions on how to make it better, I’ll listen. But under no circumstances will I be adding a Yeti. Maybe in a later book in the series. And even then it won’t be called a Yeti, so you Yeti enthusiasts won’t be satisfied. So, just forget the Yeti for now. Okay? I mean it. No Yeti.

Heads Up!
Next week I’ll be posting my latest Epcot International Food & Wine Festival blog! I took a look at last year’s entry and noticed that the foods I was too full to eat last year will be available this year. So I will definitely be getting the duck, and the venison, and the garlic whatever it was this year!

I’ll see you next week, fatter and more satisfied (food wise) than ever before!